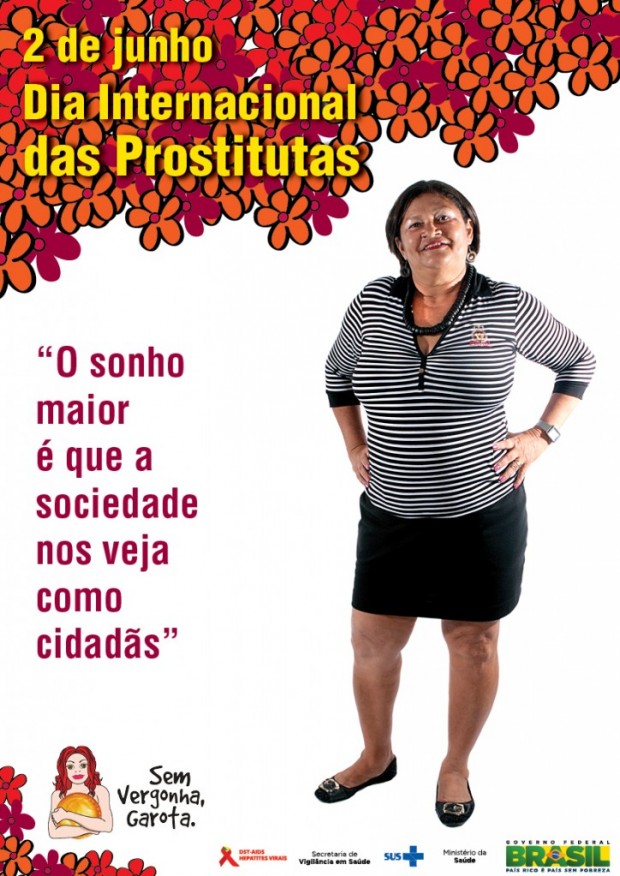 Charter of Principles of the Brazilian Network of Prostitutes

(feature image: Censored by the Ministry of Health: “My biggest wish is for society to see us as citizens.”)

The Network considers prostitution a profession, provided it is exercised by adults over 18 years of age.

In accordance with Brazilian law, the network is against commercial sexual exploitation of children and adolescents.

The Network combats discrimination, prejudice and stigma directed at prostitutes.

The Network operates in partnership with other prostitute networks and their allies in national, regional and international contexts.

The Network sees sex tourism as a form of work when it involves adults over 18 years of age.

The Network understands that prostitutes do not sell their body. They provide sexual services.

The Network recommends that its members conduct meetings at municipal, state and national levels.

Criteria for who can join the Network:

Criteria for who cannot join the Network:

Read the Charter of Principles of the Brazilian Network of Prostitutes in Portuguese on blogdasesquinas. (link)

Thank you Thaddeus Blanchette for help translating this.