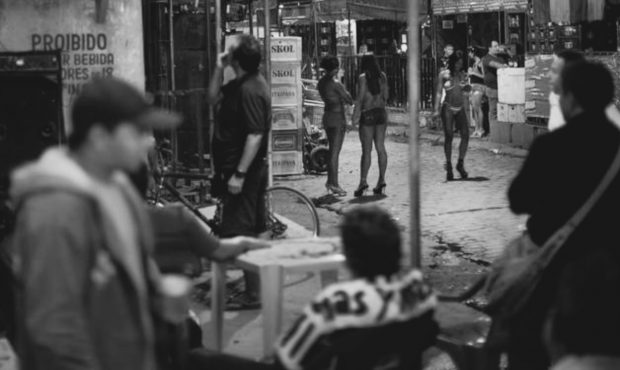 Rio de Janeiro’s Prostitution Policy Watch has released their preliminary report looking at the Rio 2016 Olympics’ effect on the city’s sex industry. The organization is made up of professors, researchers and students from several major Rio de Janeiro universities and has been conducting research into prostitution in the city and attempting to “widen the public and political space for debates regarding sex work” to help the “recognition of prostitution as a form of legitimate labor.”

Prostitution Policy Watch and several other advocacy groups were concerned with possibilities of human rights abuses similar to those during the 2014 FIFA World Cup. The 2014 report mentioned several police operations and public policies that resulted in arrests and human rights violations of sex workers in Rio. With the Olympic Games, the organization sought to analyze how policies related to the Olympics were changing the lives and professions of sex workers in Rio de Janeiro.

Prostitution Policy Watch found that policies put in place before the Games even began already changed the landscape of Rio’s sex industry, pushing many workers to different regions of the city. They found that many of the concerns put out by the media before and during the Olympics, such as the possibility of an increase in human trafficking and sexual exploitation, did not end up occurring.

The report did find that, like during the World Cup, sexual commerce in Rio decreased during the mega-event. During the World Cup, this was mainly due to the large number of holidays, which closed businesses downtown, the area with the highest concentration of sex work venues, and forced customers’ daily routines to change.

In this case, another major factor was Brazil’s economic and political crisis. Starting at least eight months prior to the opening of the Olympics, the demand for sex workers was extremely low and more women were selling sex. Most places saw no significant increase in demand for sex work during the months of August and September 2016 and the majority of venues actually reported a drop in both the number of clients coming in and the number of men who were willing to pay for sex.

The report only found one venue, located near the Olympic Park in Barra da Tijuca, that saw a consistent growth in demand for sexual services during the Games. However, many other venues in the same West Zone neighborhood saw no increase in trade. Praça Mauá, the downtown plaza that hosted many tourist events in conjunction with the Olympics, had some venues reporting significant increases in customers. In all cases, the client demographics remained the same: primarily local male Brazilians in most areas, and seamen and cruise ship crew-members in the Port region.

The report found there to have been less violence and repression directed towards sex workers in Rio de Janeiro in the period around the Olympic Games than there was before the World Cup. There were reports of women being evicted from the streets around the Maracanã soccer stadium by police. However, it is hard to distinguish if this was related to their profession or a general security measure directed towards all non-spectators. There were several reports of violence against trans sex workers in Copacabana in the South Zone, mainly performed by private security personnel illegally patrolling the streets. Researchers witnessed cases of “pornophobia” or “whoreophobia” during the Olympics, in which sex workers suffered physical and symbolic violence on the part of non-sex worker Brazilian women and male tourists.

There were several instances of police operations against agencies and venues with the purpose of preventing sexual exploitation. It is hard to tell the legitimacy of these purported reasons, as this is often used to excuse anti-prostitution efforts. The study noted that one series of operations against street prostitution did reveal the presence of three underage girls working in Barra de Tijuca/Recreio. Adult workers said that police, who were “only going after minors,” mainly left them alone.

Overall the study found the Olympics to be less disruptive of sex work as a whole in Rio de Janeiro than the World Cup had been. With the greater geographical distribution of the Games in comparison to the World Cup, it was noted that sexual commerce was more dispersed throughout the city than usual. Prostitution Policy Watch is still analyzing data to see how much of the negative impact on sex work was due to the Olympics and how much was simply caused by Rio’s poor current economic conditions.