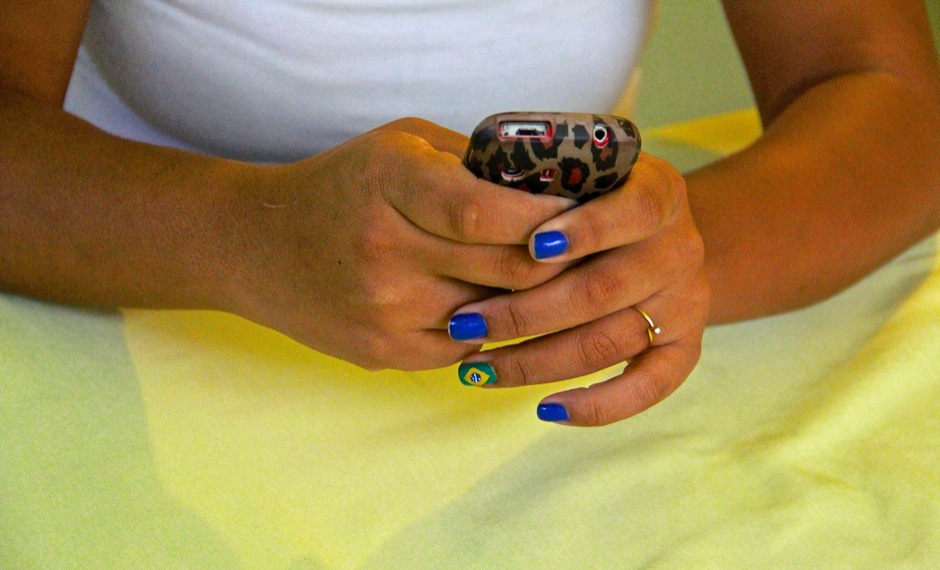 Isabel was one of four hundred prostitutes working in Niteroi’s Caixa Economica building across the bay from Rio de Janeiro until May 23, when a massive operation involving hundreds of police from thirteen precincts across the state shut down the street, broke in without warrants, beat women, raped some of them, and illegally arrested and forced over 100 women to the police precinct.

According to Gustavo Proença, a pro bono lawyer on the case and member of Rio’s Coletivo de Advogados and the Rio Bar Association, who has been providing legal assistance on the case since May 23, the operation started after a policeman had gone to the building to pay for sex as a client, and when it was time to pay, he said, “I’m not going to pay, I’m a police man, and you’re all arrested.”

“I only had time to go from the bedroom to the living room when they broke down my door,” Isabel told me from hiding during World Cup. “They came in, they were really rude, they didn’t identify who they were or say what they wanted — nothing like that. They just started going through all my stuff: looking for my lockbox with my money in it, grabbing the money I had, about $1000. Then they went into our rooms and going through our purses and wallets, they went through our clothes and also searched our bodies. It was all men — there were no female police officers.” One of 88 broken apartment doors in the Caixa Economica building. (Image via Laura Murray – link)

“When I started to ask them questions about what they were doing, I got hit in the face, they pulled my hair and put me back in my room. About twenty minutes went by and two police came back, and that’s when they raped me. One raped me and the other only made me do oral sex.”

“Did they use a condom?”

By the time of a public hearing organized by members of the Human Rights Commission and Women’s Commission at Rio de Janeiro’s State Legislature on June 4, Isabel was the only person who stuck around to testify.

“But by then, a lot of women had left. They didn’t just stick around Niterói, you understand? They’ve gone home, they aren’t coming back,” Isabel told me. “But I wasn’t just speaking for myself. I was speaking for hundreds of other women who want the building to re-open so we can go back to work. But they don’t have the courage to speak up, and I’ve wound up speaking up for them, and that’s why I’ve been singled out.” Isabel’s colleagues have since disappeared back into the sprawling fabric of Rio’s sex industry, and Rio’s Observatory of Prostitution/UFRJ, a research project I liase with organized by Rio de Janeiro’s Federal University that has gathered interviews with sex workers during World Cup, has noticed them showing up in Vila Mimosa, the red light district, and the Copacabana strip where all the World Cup tourists are cruising. “They’re scared,” Isabel told me, “because, like it or not, they know what’s happening. And after all that’s happened to me, they’re even more scared.”

Shortly after testifying, four men kidnapped Isabel off the street. “A guy on a motorcycle boxed me in and threw me in the car, and as soon as I got in another guy hit me in the head and something cut me,” she told me.

“I didn’t know if they wanted to mess with me or rob me or kill me, but they only took my ID and proof of residence. I put my head down and they started cutting my arms and showed me a photo of my son in his school van. They told me to stop talking to the media, because I didn’t know who I was messing with, that I could get myself in trouble.”

“After 20 or 30 minutes they let me go. I was in shock. I stayed a long time just standing there in the street. I was going to call the Military Police, but I thought, I can’t call them because I don’t trust them. Military Police are the ones who were taking pictures of me. Then I said I would call the Civil Police, but I couldn’t call them either, because I don’t know who’s behind all of this. So I called a friend and told her what happened, and she told me to go somewhere with a lot of people until she could get there, so that’s what I did.”

Since then she’s been on the run, switching safe houses with almost the frequency she’s been switching phone numbers. “Maybe if we had a collective, and we were speaking out together, they wouldn’t have the courage to do this to me and another 300 or 400 women.”

Isabel told me she’s shocked at how few emergency resources are available for a human rights activist in the making. None of the organizations who have swooped into Rio to fight sexual violence during World Cup have taken notice of her case or come to her aid, including anti-sexual violence NGO Promundo and even the Vatican. Brazil’s Federal Secretary of Human Rights is evaluating her case for inclusion in a federal program for human rights defenders, but she’s been told it’s highly unlikely because she is being threatened by the police – the only institution the government says it can call on to protect her. Her only support has been a growing patchwork of human rights activists. The pro bono lawyers and public defenders have been working with her since May 23 to represent her and help her navigate how to proceed legally through a string of illegalities. Sex worker rights NGO Davida and Rio’s Observatory of Prostitution have been accompanying her case and mobilizing political support along with Federal Deputy Jean Wyllys and his parliamentary assistant, Indianara Siqueira, who is also a sex worker rights activist with Transrevolução and model for pro-sex worker  fashion line Daspu. And since her kidnapping on June 21 made Isabel a de-facto activist, non-profits Frontline and Justiça Global have come to her aid, and Amnesty International has launched an urgent action campaign demanding that Rio’s State Secretary of Public Security provide protection for Isabel and investigate her kidnapping.

But the help can’t come fast enough for Isabel. It isn’t paying rent or her bills or her child’s private school tuition. “I want to go back to work but nowhere I could work would be safe,” Isabel told me after two weeks on the run. “Our building is still closed down and nobody has been let back in. Not even the street is safe — that’s where I got kidnapped.”

I ask her about a closed venue, like a spa brothel. “It’s easy for people to find out where you are when you’re a prostitute,” Isabel says, referencing the fact that someone is getting paid off no matter where you’re selling sex in Rio.

Please consider donating $10 to Isabel’s emergency funds campaign and join the researchers and activists who are helping Isabel until legal justice can be sought through what is going to be an interminably long and convoluted path in Brazil. We’ve already raised $1500 in our first 24 hours. All donations to her campaign are tax-deductible through IndieGogo: https://www.indiegogo.com/projects/support-sex-worker-activist-isabel-fight-violence/

This video interview with Isabel was filmed by photographer Giorgio Palerma the weekend after her kidnapping:

This post includes text from On the Run During World Cup with Brazil’s Most Wanted Prostitute, a story I published for VICE News on July 12, 2014.