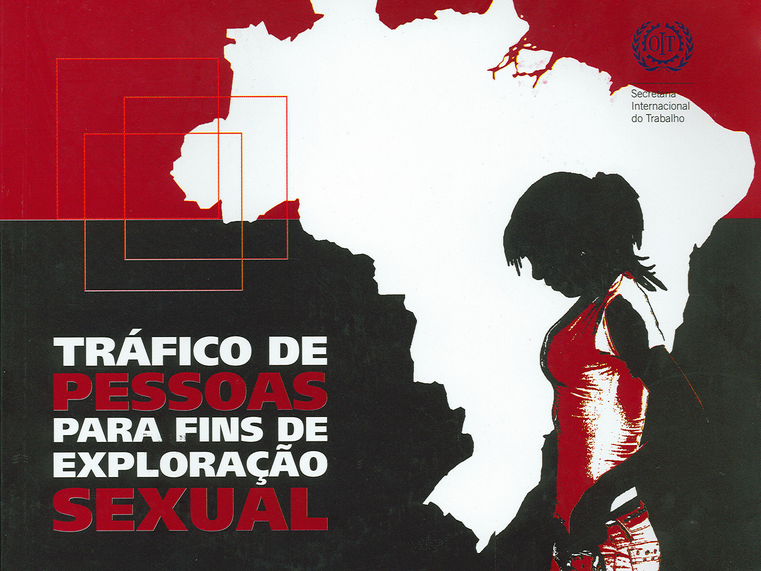 Is sex trafficking a problem in Brazil? Do Brazilian women get trafficked abroad?

First, a note on why the authors are qualified to talk about this:

Associated with this, we have engaged in an on-going “netnography” project in the largest Portuguese and English-language sex-tourism oriented websites (with a total of 29,779 posts read, analyzed and filed in our database and another 21,080 read up to 12.2012).

Finally, in 2012, Blanchette became a member of the committee set up by the Rio de Janeiro State Secretariat for Social Assistance and Human Rights to coordinate anti-trafficking activities.

Article 231 continues to define trafficking in persons simply and solely as aiding and abetting the movement of prostitutes. The use of violence or coercion in the course of these movements is understood to be an aggravating – but not necessary – element of the offense. This means that simply loaning a friend money so that they can migrate and engage in sex work somewhere else, even if no interest is charged, is legally classifiable as trafficking in persons…

Money doesn’t even have to change hands for someone to be accused of trafficking under Brazilian law: merely helping a prostitute book a flight or discussing how sex work conditions are better elsewhere are acts that could be construed as criminal under Article 231.

Article 231A, which extends the scope of the anti-trafficking law to movements within Brazilian territory, is so vaguely written that it could be applied to paying a call girl’s taxi fare.

To put it simply, according to Brazilian law, in order for trafficking in persons to occur…

1) A person must move from point A to point B in order to engage in prostitution; and…

2) This movement must be aided and abetted by another person (understood to be the trafficker).

The law applies even if the migrant prostitute works independently and never encounters any exploitation or human rights violations whatsoever. The law does not apply, conversely, to any other form of migration for labor exploitation, no matter how violent or coercive. …

In the 1990s, the concept of trafficking in persons was redefined. In 1996, Radihika Coomaraswamy, the UN’s Special Rapporteur on Violence Against Women, commissioned a worldwide research project into the question. The project’s final report advised the UN to disconnect processes of recruitment and transportation under coercion from sex work itself.

Under this new definition of trafficking in persons, prostitution was to be considered a legitimate form of work and trafficking became all forms of recruitment and transportation for work or services through the use of violence, threats, coercion, or fraud (Kempadoo, 2005: xii). Following this new orientation, the United Nations would ultimately recommend that consensual sex work be legalized world-wide as a necessary step to combat HIV and stigma-related violence (Patria, 2007).

In 2000, the new understanding of prostitution and trafficking was codified by the UN Protocol to Prevent, Suppress and Punish Trafficking in Persons, Especially Women and Children – also known as the Palermo Protocol. …

When Brazil ratified the Protocol in 2004, it committed itself to dealing with trafficking according to this new framework. Since then, Article 231 has been modified twice, but on both occasions the changes have more tightly linked the concept of trafficking to the migration of sex workers, ignoring both the other forms of trafficking stipulated by the Protocol and the UN’s repeated recommendations that prostitution itself not be considered, ipso facto, a sufficient component of trafficking.

One can thus say that, as trafficking discourse once again becomes consolidated in Brazil, the country’s penal code is moving in the opposite direction from that stipulated by the international agreements that Brazil has signed. …

On a local level, this has translated into an across-the-board increase in anti-vice campaigns. Raids of brothels and red light districts under the pretense of investigating charges of trafficking and sexual exploitation have become a means through which municipal authorities attempt to push sex workers out of the path of urban development programs linked to the upcoming World’s Cup and Olympic Games.

At a national level, it means that the activities of the federal police have, up to now, concentrated on repressing the international migration of Brazilian women who are suspected of being sex workers.

On a local level, this has translated into an across-the-board increase in anti-vice campaigns. Raids of brothels and red light districts under the pretense of investigating charges of trafficking and sexual exploitation have become a means through which municipal authorities attempt to push sex workers out of the path of urban development programs linked to the upcoming World’s Cup and Olympic Games (Blanchette, 2012b).

(Blanchette estimates that some 40 brothels, privés, saunas, clubs and street scenes have been forcibly closed or threatened with closing in Rio de Janeiro from 2010-2012 as opposed to 3 during the immediately preceding five year period).

At a national level, it means that the activities of the federal police have, up to now, concentrated on repressing the international migration of Brazilian women who are suspected of being sex workers.

The current wave of anti-prostitution repression in Brazil is somewhat surprising because, until recently, the country has been one of the few in the world to actively support prostitutes’ rights.

As Paul Amar points out, Brazil has employed prostitutes’ organizations in HIV education and has even gone so far as to lose access to USAID money by refusing to take the U.S. government’s pledge not to work with groups that support prostitution (Amar, 2009).

As mentioned above, prostitution has never been outlawed in Brazil and sex work is classified as a form of work by the country’s Labor Ministry (MinTrab, 2012). Bills to regulate sex work and codify sex worker rights have been repeatedly introduced into the Brazilian Congress and, until recently, representatives of the Brazilian Prostitutes’ Network were consulted by the Health Ministry on a variety of issues.

Given this history of relative tolerance, the shift towards the increased repression of prostitution that has taken place over the last few years is all the more surprising. When we look at the justifications being put forth by the federal police, district attorneys’ offices and local police, however, we see that a series of accusations are being leveled at prostitution venues which echo those raised during the first wave of anti-trafficking activities in the late 19th century.

It seems that Brazil is once again turning away from tolerating sex work, using accusations of trafficking and sexual slavery to engage in projects of social and physical engineering which will “pacify” our unruly cities, hopefully in time for the sporting mega-events of 2014 and 2016. …

A key component of these campaigns has been the popularization, through the mass media, of a hegemonic mythologizing narrative that purports to relate the details of a “typical case” of trafficking in women but which, when analyzed, expresses the fears, desires and expectations of a moralizing elite while drowning out sex workers’ voices and opinions.

This myth paves over the contradictions inherent between Brazil’s anti-trafficking laws and the stipulations of the Palermo Protocol, presenting what are essentially moral crusades against prostitution as necessary (if sometimes regrettable) police actions in the name of saving the helpless victims of modern slavery.

We call this the “Myth of Maria, an exemplary trafficking victim”, and it is to its analysis that we now must turn.

READ ON about how the popular conception of a Brazilian sex trafficking victim is not at all representative – and why that’s a problem for Brazilian women of color.  (link)

READ ON about the fuzzy legality of prostitution in Rio. (link)

This post is excerpted from Cinderella Deceived: Analyzing a Brazilian Myth Regarding Trafficking in Persons, by Ana Paula da Silva, Thaddeus Blanchette and Andressa Raylane Bento. Download the pdf at Scielo.br. (link)

BLANCHETTE, Thaddeus. G. 2012b. “Terraplanando o Sexscape: a reconfiguração do sexo comercial no centro do Rio de Janeiro.” Presentation made at the biannual meeting of the Brazilian Anthropological Society, São Paulo, 2-5 July, 2012.